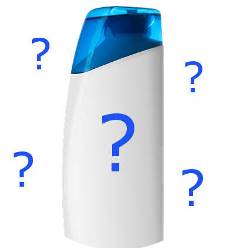 Formaldehyde and Formaldehyde-Releasing Preservatives (FRPs) are chemicals used to manufacture industrial products and to fight microbial growth in food and cosmetics.  Suspected to be present in nearly 1 in 5 cosmetic products this known human carcinogen and skin irritant is released over the lifetime of a product.  Formaldehyde exposure, even at low levels (as low as 250 parts per million) is a significant health concern.  In fact, The International Agency for Research on Carcinogens (IARC) has classified formaldehyde as “carcinogenic to humans”, and the U.S. National Toxicology Program has classified it as ‘reasonably anticipated to be a human carcinogen. 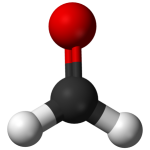 Formaldehyde is a strong smelling , colorless flammable gas that is often used in the production of many common consumer products  including, fertilizer, plywood, building materials, walls,  cabinets, funeral home products, personal care products  and it is also used as a preservative in antiseptics and medicine.

What are Formaldehyde-Releasing Preservatives (FRPs)?

Preservatives are additives used to help prevent fungus, yeast, mold and bacteria development in personal care products and food.  Formaldehyde Releasing Preservatives (FRPs) are preservatives that slowly and continuously release formaldehyde.  Formaldehyde can be added directly to a product but is usually released when adding preservatives, such as quaternium-15, DMDM hydantoin, imidazolidinyl urea, diazolidinyl urea, polyoxymethylene urea, sodium hydroxymethylglycinate, bromopol and glyoxal.  These chemicals decompose slowly over time to form molecules of formaldehyde and are either inhaled or absorbed by the skin.

Why Should You Be Concerned?

You should be concerned because formaldehyde may pose serious health risks:

Cancer: Formaldehyde is a human carcinogen. When formaldehyde is present in personal care products, people can be exposed to formaldehyde that is off-gassed from the product, by inhaling it or by absorbing it through the skin. Most cancer studies of formaldehyde have focused on risks from inhalation; skin absorption linked to cancer has not been well studied.  In addition, the formaldehyde released from FRPs has been linked to cancer, but there is not much evidence that FRPs directly cause cancer. Although studies regarding the amount of formaldehyde in a single product may not pose a significant risk, think about multiple exposure from multiple sources like the entire plethora of head-to-toe body products we use daily, the air we breathe and the environment in general.  The Environmental Working Group explains it like this:

“To be sure, the amount of formaldehyde in a cosmetic product at any given time is tiny.  The cancer risks presented by a cosmetic could be considered slight — but that product is not a person’s only source of exposure. People are also exposed to formaldehyde by pressed-wood products, cigarette smoke, vehicle exhaust and unvented fuel-burning appliances such as gas stoves, wood-burning stoves and kerosene heaters according to the National Cancer Institute and the Environmental Protection Agency. Personal care products that contain formaldehyde make an unnecessary contribution to an individual’s exposure to this chemical – particularly since research shows that cosmetic products can release small amounts of formaldehyde into the air shortly after they are applied.   Formaldehyde is most dangerous when inhaled.”

Irritation: Formaldehyde can cause allergic skin reactions (contact dermatitis) and rashes in some people and with increased and repeated exposure some people may develop a sensitivity. It can also cause irritation to the eyes, nose and throat.  Most of the irritation from FRPs is due to the actual formaldehyde being released  however some FRPs  such as Quanternium-15 , glyoxal and sodium hydroxymethylglycinate can trigger a reaction all on their own.

What to Look for on the Label

If you want to avoid formaldehyde and formaldehyde-releasing preservatives, you should avoid labels with the following ingredients: