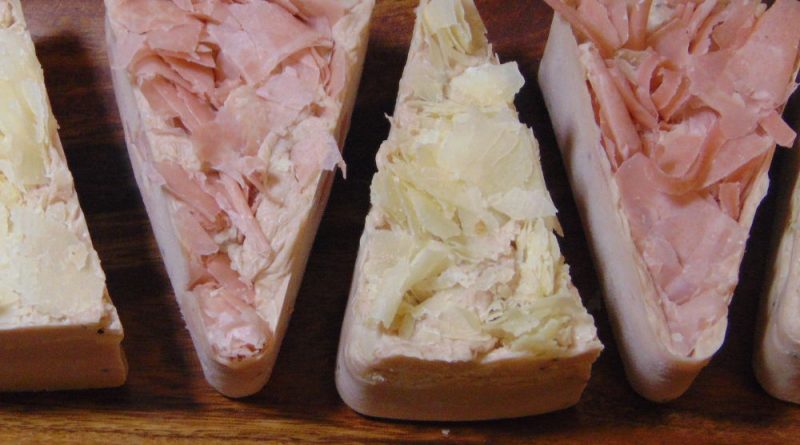 In March, I decided to enter a soap making contest! The local soap making group I belong to challenged soap makers to create a soap cake using a combination of different soap making methods.  In coming up with my design, I decided I wanted to use some soap shavings.  Since I make over 10-15 different varieties of soap I always have tons and tons of shavings.  What are these shavings, you ask? Well before packaging and labeling the soap, I generally bevel and trim the edges which results in TONS of shavings.  I am always looking for ways to re-purpose these shaving so the soap cake challenge was the perfect opportunity for me to get creative.

My first attempt was to make a layered soap cake and it FAILED MISERABLY.  To my horror, in the middle of making the soap, the batter suddenly separated and congealed into large circular blobs.  I was mortified.  In all my years of making soap, I had NEVER seen this before.  In a panic, I mashed it all up, threw in some strawberry seeds, and some scent and just resolved to use it for home use only.  But that soap bothered me, I felt it was my duty to save it.  So a few days later  I decided  to melt it down and add some color.  Still not giving up on my cake idea, I also decided to pour it into mold  and add soap shavings in the middle layer of the cake as well as on the top.  Here are the results.   Look closely.  As you can see adding the soap shavings in the middle DID NOT WORK because either the soap did not fill all the pockets or the heat melted the paper thin shavings so that you could not see them.  The shavings on the top however turned out better than expected. 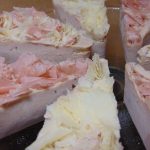 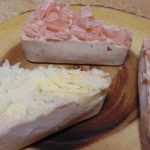 As my first attempt at a soap cake was such a fail (or so I thought), I decided to try a pie instead….LOL .  Using the same recipe as above, I managed to create something like the dessert I had imagined in my mind…..chocolate pecan pie.  The “crust” bottom is grated soap mixed with a little oatmeal, the “filling” is shea butter soap, and the  “topping” consists of soap shavings and chocolate/caramel goat’s milk drizzle.

Overall, this was a fun project and with a few tweaks I can see myself making more of these!  I’ll let you know how I place in the contest!