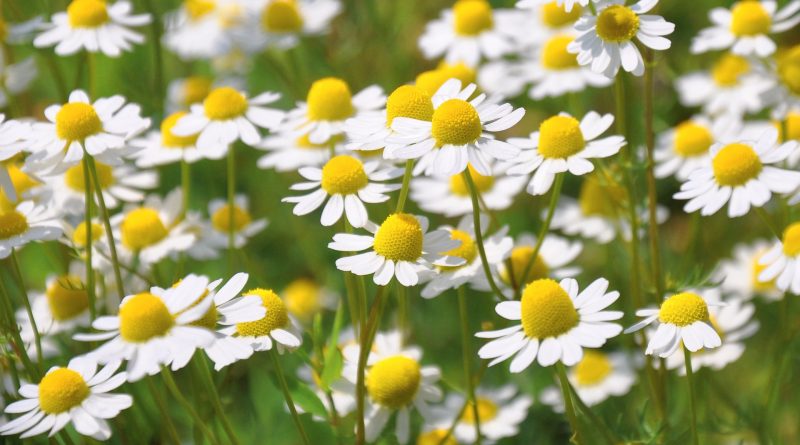 Some gardeners call it the “Plant Doctor” because of its ability to heal other plants that are planted in the same vicinity. And many say its smell is reminiscent of apples.  In fact,  its name originates from the Greek words “ground” and “apple”.  What is this amazing plant?, you may ask.  Its chamomile!

The first recorded use of Chamomile was by the ancient Egyptians as early as the first century A.D.  The Egyptians used it both cosmetically and medicinally for its healing properties.   Greek physicians prescribed it for gynecological issues, gastrointestinal disorders, liver disorders and nervous disorders.

The flowers are usually dried and commonly used whole or powdered in various medicinal,  herbal or cosmetic preparations.

It is not widely used in everyday cooking there are a few adventurous types who use in cocktails,   cookies cakes and a few savory dishes, though I’ve yet to indulge.  Outside of medicinal purposes, it is ingested mainly as tea and this is how I use it.

Benefits for the body

Benefits for the mind

Benefits for the skin

Chamomile helps us to relax and release nervous tension and anxiety.  One of my favorite ways to use is in tea.  Use 2-4 tablespoons of the dried herb for every 8 ounces of boiled water.  I put mine in a mesh tea strainer similar to the one below.  On occasion I will also add a teaspoon or two of dried organic lavender.

Cover, then let steep for five minutes then strain.

Add lemon and honey to taste.  Sit back, relax and Enjoy!  Ahhhh! 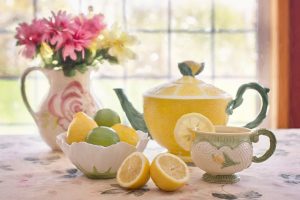 Made with loads of skin loving oils and herbs, this Beauty By Francesca Chamomile Calendula Soap Bar formulated for dry and sensitive lathers up fabulously and will leave your skin clean, moisturized and silky.

How do you use chamomile?  Leave a comment below.